OGDEN RISING: The Race for Space (to Live)

With 46,000 unhoused households in Utah scouring the market for a place to live, builders have every incentive in the world to construct new housing for the clamoring masses.   Many massive projects have already broken ground and are reshaping Ogden’s cityscape.  More is on the way.  Here are a few projects recently proposed:

This project has been in the background for quite some time.  The lots were mostly assembled in 2019 and the owner recently resubmitted their application for approval.  The project proposes inserting a “tendril” road  between Liberty Ave. and Gramercy Ave. on the 1000 block.  The subdivision is barely possible with some grease and a shoehorn to squeeze it all in. 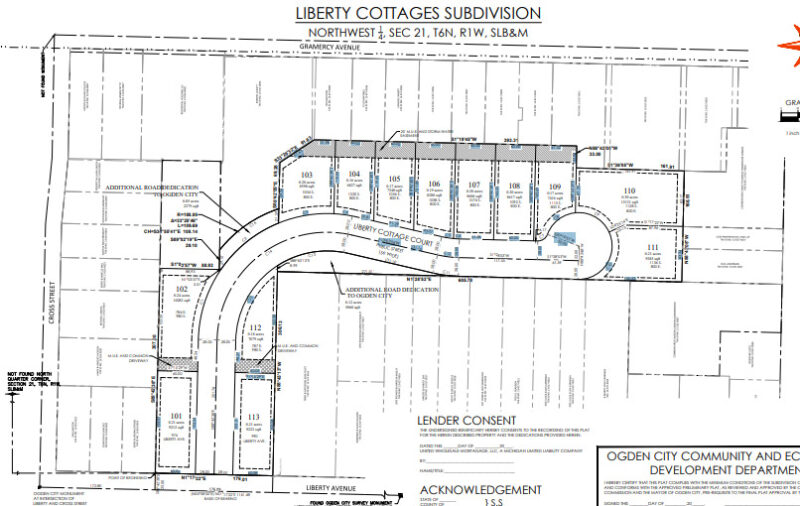 The 12th Street Corridor is ripe for developement with large open spaces still available.  Developers are maximizing this opportunity with recent apartment construction.  Recently a developer has proposed constructing 220 units at The Pointe.  This is currently a large vacant field on the north side of 12th St. between Century Drive and Les Schwab Tire.  The project is proposed to consist of a mix of townhome units and apartments. 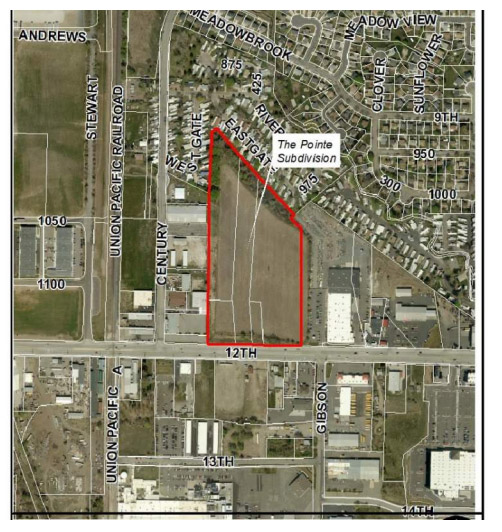 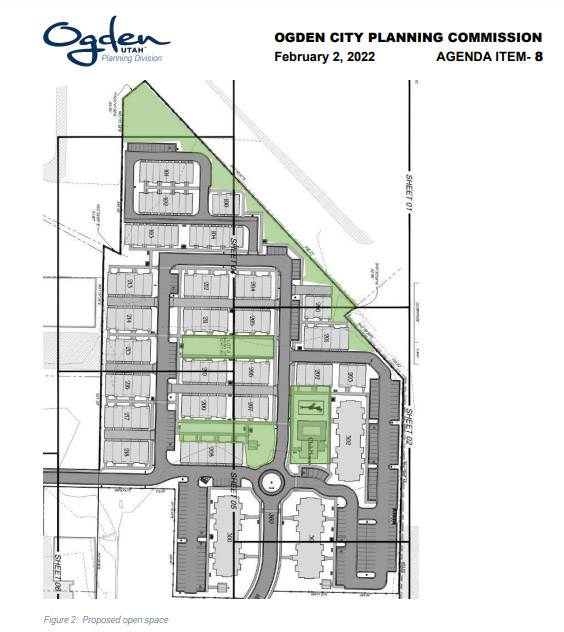 The owners of 2852 Washington Blvd. got more than they bargained for when they purchased the property.  While a pleasant commercial building graces the front of the lot on Washington Blvd., the rear portion of the lot has two disheveled homes encroaching on it. It appears that somebody from yesteryear adjusted the lot lines without considering the buildings sitting on the property.  Ironically, the owner of the homes wasn’t interested in the land underneath the homes!  So, Ogden City is stepping in to act as owner and custodian of the land while the home’s owner comes to their senses.

In the meantime, the owner of 2852 Washington, known as 2852Fox Apartments LLC, is planning on building a multi-unit apartment in the space behind the commercial building.

For better or worse, the economic incentives are all in place (except for labor and lumber) to keep building for several years to come.  Let’s hope the projects will make a lasting contribution to Ogden’s long term growth and rejuvenation.  Everyone cheer with enthusiasm: DENSITY IS OUR DESTINY!